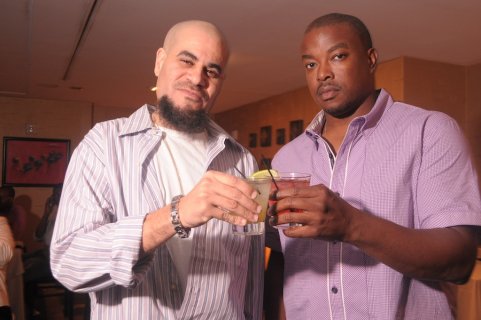 AllHipHop.com was founded and launched in 1998 by CEO’s “Grouchy” Greg Watkins and Chuck “Jigsaw” Creekmur.

After many years of developing the site, AllHipHop.com has become a valuable resource for hip-hop on the internet, featuring daily news, interviews, reviews, multimedia, a fast growing community and other interesting content.

*AllHipHop.com is the most widely read Hip-Hop entity in the world, reaching millions of unique visitors per month.

Such publications as CNN, The Source, XXL, Complex, New York Post, New York Daily News and many others utilize AllHipHop.com. The site has working relationships with many offline print magazines, newspapers, television and radio outlets.

“Simply put, AllHipHop.com is such a great resource for hip-hop. I know that I can count on my daily news alerts being accurate and timely and AllHipHop is making a significant impact upon hip-hop.”
– Def Jam founder and CEO of Rush Communications Russell Simmons.

“I Like AllHipHop.com, the news is reliable and accurate”
– Paul Rosenberg Esq. Manger/Eminem/President/Shady/Goliath Records

In addition to the website, AllHipHop.com has been delivering daily news alerts to music industry tastemakers and hip-hop lovers two-way pagers, cellphones and email addresses since 1998. Sign up for the AllHpHop.com News Alerts or unsubscribe below.