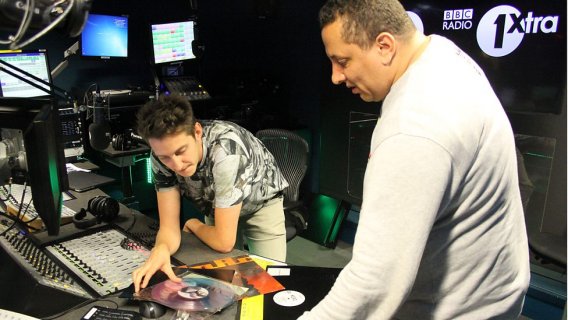 HOT 97 News Updates on the Hour”

Miss Info is HOT 97's non-stop news source, keeping the audience informed and entertained all day every day. As the HOT 97 News Director, Miss Info brings the latest hip hop news and gossip to the station's millions of listeners with hourly updates and her nightly "Miss Info Celebrity Drama Report." But this long-time journalist reaches fans on every medium. She's on air, online, in print, and on TV...all at once.

Originally hailing from Chicago, Info started her career in New York City as a writer and editor for magazines such as The Source, Vibe, XXL, Rolling Stone, and more. Her hip hop knowledge was then enlisted by MTV and VH1 where she wrote and produced for MTV News and VH1's "The Fabulous Life..." series.

As an early pioneer of hip hop blogging, Miss Info built her own site, , featuring breaking news and exclusive interviews with Nas, Rihanna, ASAP Rocky, 50 Cent and more. MissInfo.TV's readership grows bigger each year; the site has been named one of the best blogs on the web by Entertainment Weekly, Vibe Magazine and XXL.

With a reputation for sharp wit and the inside track, Miss Info has been featured as a pop culture expert for The New York Times, Jezebel.com, VH1, MTV, BET and more. She’s also hosted live events for iTunes, The Fader, Nike, Red Bull Music Academy, and more.

Justin Bieber to Move to Atlanta For Hip Hop Influence