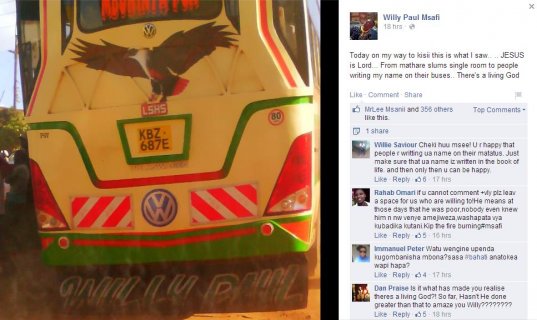 “I don't see a benefit in accepting every single little morsel of work that comes along because I think, in essence, what you're doing is you're raping yourself really.”
- Karl Urban

Karl Urban is an actor from New Zealand. You've seen him in The Bourne Supremacy, the last two Lord of the Rings films, as well as in the upcoming Star Trek flick.

With a muscular 6'3" frame, Karl Urban has the kind of build, rugged look that many women enjoy. He's also not afraid to get his hands dirty: At a younger age, he worked regularly on the farm that belonged to his uncle and aunt. These days, he still gets his hands dirty, but it's all in the name of art. For his role in The Lord of the Rings, he trained on horseback five days a week for eight weeks to be able to convincingly guide his horse while using a sword. When he's not busy on film sets, Karl Urban likes to keep in shape by going rock climbing and surfing.

Karl Urban's on-screen ladies have included beauties like Lucy Lawless, Rosamund Pike and Julianna Margulies, but off-camera he's a taken man. He's been married to Natalie Dennis since 2004, and the couple has a son named Hunter.

Karl Urban has been acting professionally in his native New Zealand since 1992, making a name for himself in TV shows like Xena: The Warrior Princess and Hercules: The Legendary Journeys, and films like The Price of Milk. It wasn't until 2002 that he would become more visible internationally when he starred in Ghost Ship, and played Eomer in The Lord of the Rings: The Two Towers and The Lord of the Rings: The Return of the King. Since then, we've seen more of him in big-budget fare like The Bourne Supremacy and The Chronicles of Riddick.

While his face is more familiar now, Karl Urban hasn't enjoyed success as a leading man yet. Efforts like Doom and Pathfinder had lukewarm receptions, but he hopes to change that by playing Dr. Leonard "Bones" McCoy in the high-profile sci-fi reboot Star Trek.

Karl Urban was born on June 7, 1972, in Wellington, New Zealand, and his first acting experience came just eight years later on a local TV series. Even with this early taste of performance, Karl Urban wasn't keen to pursue acting just yet, and he didn't return to it until after his graduation from St. Mark's Church School.

Just before entering Wellington College in 1993, he landed the role of Jamie Forrest, a gay EMT, on the TV show Shortland Street, and one year later, Karl Urban was out of college and acting full-time. He alternated between minor television and theater roles, including a turn as Mark Antony in a stage production of Julius Caesar.

karl urban stars in hercules: the legendary journeys and the lord of the rings

In 1996, Karl Urban guest-starred on the locally made but internationally seen TV series Hercules: The Legendary Journeys. He would appear on the show twice and guest star 12 times on the Hercules spin-off series, Xena: The Warrior Princess. In 2000, he gained significant attention with his lead performance in the farm-set romantic fable The Price of Milk, and it soon translated into larger roles.

In 2002, Karl Urban finally invaded the North American film market. First, he starred in the horror film Ghost Ship, and he then teamed up with director Peter Jackson for the final two installments of the Lord of the Rings trilogy. As the skilled horseman Eomer, Karl Urban enjoyed large-scale exposure in the two box office smashes, and it led to more work in 2004's The Chronicles of Riddick with Vin Diesel. That same year, he played a Russian assassin opposite Matt Damon in The Bourne Surpremacy.

In 2005, Karl Urban landed the lead role in the big-budget adaptation of the Doom video game. The film also featured The Rock and former Bond babe Rosamund Pike, but it was a flop at the box office. Nevertheless, Karl Urban won another lead role as Ghost in the 2007 action-adventure Pathfinder, but it, too, was a box office dud.

In 2008, Karl Urban rebounded from his recent disappointments when he starred as Woodrow F. Call in Comanche Moon, the well-received TV mini-series prequel to Lonesome Dove. He followed it up by starring as a young Dr. Leonard "Bones" McCoy in the hotly anticipated 2009 restart of Star Trek from director J.J. Abrams.

The latest celebrity news including rapper Nicki Minaj and ...

@MrMalky at some point you have to admit to yourself the media are irrelevant GE showed that and the latest TNS poll showed that laugh at em Thu, 11 June 2015 03:25 PM