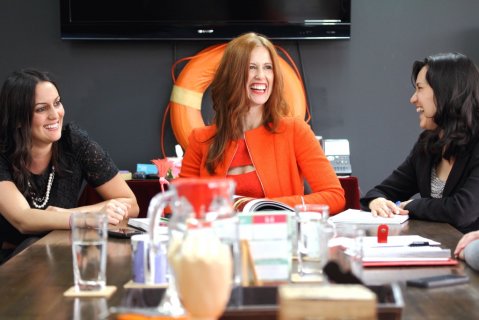 Often the focus of mass Media

In the eyes of many minority groups, the mass media produced in the United States may be a reflection of Anglo views regarding non-Anglo communities. "The dominate culture must constantly strive to expand its hegemony while fending off challenges and interventions from the very classes and groups it seeks to subjugate, " (Split Image, African Americans in the Mass Media, pg. 6). In American society, by reproducing the ideological hegemony of the dominant white culture, the mass media help to legitimate the inequalities in class and race relations. Two underrepresented and misrepresented minorities in the media today and in the past are African-Americans and Latinos. African-Americans and Latinos have experienced discrimination for years through print news and entertainment television. Not surprisingly, both of these mediums have been dominated by the Anglo-culture and have therefore been structured to harbor the needs and communicate the ideas of this controlling class.

African-Americans have been overlooked and dismissed in many of the mass media mediums controlled by the Anglo community. "Recognition by the press or radio or magazines or newsreels testifies that one has arrived. The audiences of the mass media apparently subscribe to the circular belief: If you really matter, you will be at the focus of mass attention, and if you are at the focus of mass attention, then surely you must really matter, " (Mass Media in America, pg. 5). Television confers status on those individuals and groups it selects for placement in the public eye, telling the viewer who and what is important to know about, think about, and have feelings about. Hence, those who are made visible through television become worthy of attention and concern; those whom television ignores remain invisible. Sadly, during the 1 960s' when civil-rights was front-page language, the African-American had not arrived. Black visibility in media was generally low, particularly in regard to their routine portrayal as part of society. However when blacks did appear on the television screen they were presented as whites saw them, not as they saw themselves.

During the 1960s the plight of the African-American seemed to be the only newsworthy aspect of his life. After the Watts Riots had taken place many black intellectuals were eager to make outsiders aware of the discrimination that African-Americans had been forced to endure through printed media. One psychiatrist stated, "African-Americans are portrayed in ninety percent of the stories about them as problems, " (Minorities and Media, pg. 13). Still today, African-Americans can still be seen negatively plastered across national newspapers and magazines. Cut off from the general world of the African-American, media are often out of touch with basic African-American attitudes and while some media attempt to bridge this gulf of misunderstanding, they usually communicate ineptly.

Focus On: Mass Media And Government

RT @djpriddle: Time to start getting a few endorsements for the book cover. Where to start? Is it just advertising space when it's not the … Fri, 5 June 2015 10:51 AM

@Justin Canada: "Bro-topia" is a nonsense word used in a NY Times headline but somehow not in advertising for the ENTOURAGE movie. Sat, 6 June 2015 02:49 PM