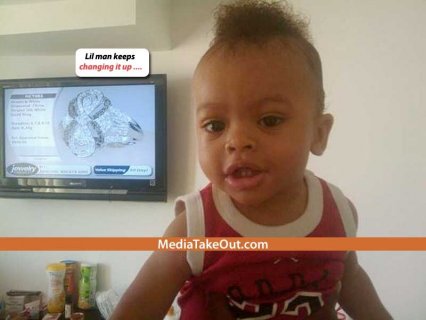 : MediaTakeOut.com has some SAD NEWS. R&B singer Keyshia Cole is taking steps to DIVORCE her NBA husband Daniel "Boobie" Gibson. Once again, this ain't no rumor it's FACT!!

According to multiple sources, Keyshia has "HAD ENOUGH" of what Keyshia believes is Daniel's cheating and his disrespect for their family - and so she's LEAVING.

What makes this so sad is that Keyshia Cole gave this man EVERYTHING. She put her career on hold to start a family with this man. She moved from Atlanta to CLEVELAND . . . so that they could be together. She dropped her longtime manager and close friend manager Manny Hailey at the request of Daniel. And she even became ESTRANGED FROM HER SISTERS AND MOTHER - because of Daniel.

And after she did ALL THAT for the man . . . he REPEATEDLY CHEATED (at least that's what Keyshia believes) and one girl claims that she got PREGNANT BY HIM. That is just TOO MUCH for Keyshia to deal with . . . so she's OUT.

Lets all pray for Keyshia, it's a rough time for her . . . but we KNOW she'll pull through it. Oh . . . but don't worry she expects to be COMPENSATED for all that she's been through . . . we're told that she WANTS HALF!!!

@Flappy Team: RT AceXintense: New Icons for the Media Player Still not Final but yeah they are Better tell me what you think! #gamedev #indiedev … Mon, 8 June 2015 10:48 PM