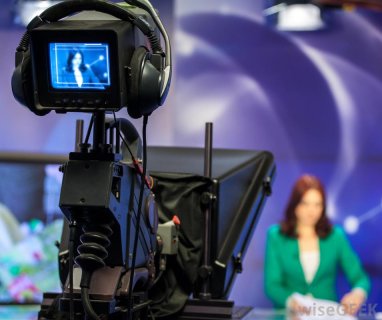 What is the media?

Before trying to analyze the media, understanding what media is should be the first priority.

To understand what exactly the media is, it is first important to define the term “media.” Even more specifically, we want to know about the mass media. Although many different meanings and interpretations may exist for the term “mass media, ” for our framework we can say that the mass media is a group that constructs messages with embedded values, and that disseminates those messages to a specific portion of the public in order to achieve a specific goal.

“A group” – When referring to the mass media as a “group, ” it's to say that newspapers, movie studios, television networks, radio stations, and so called “media conglomerates” are all a part of this group of people and companies related to the collective we call “the media.”

Obviously, this group has evolved over the years. In the beginning of civilization, we only had the ability to transmit messages from person to person, through words in the form of stories and conversation. Later, humans developed written language and messages were recorded on some sort of surface. This method further evolved with the capability to copy written messages over and over again. In the twentieth century we began using electronic media. At first, radio was the electronic media of choice. This later evolved into television, and eventually into the internet.

“that constructs messages with embedded values” – The media do not only create messages, but they create messages with embedded values. As we will soon discover, it’s impossible to find any message in the media (or even with people we know personally) that doesn’t have a subjective bias. No part of the media is objective and unbiased, including the news media.

Notice that the word “constructs” was used instead of a word such as “creates” or “produces.” The notion that media messages are constructed means that one or more persons made a conscious effort to build the message you’re viewing, listening to, or reading. For example, in a photograph, the photographer uses specific techniques to make her subject more emotionally engaging to the viewer.

“and that disseminates those messages” – In order for the media to be the media, and not someone’s own personal journal that no one else reads, the messages brought forth in the media must be disseminated. In other words, the messages created by journalists, television writers, film directors, and even musical artists must be put into society for consumption.

What Is Social Media? Find out exactly what is social media...

WHAT IS LOCKPICK for your mygig media center 430

What is the best streaming media player?

What is coming to EARTH? MEDIA CONDITIONING - ALIEN AGENDA ...

The Iraq Media Blackout - Mohamed - What Is Really ...
Related Posts

RT @RodAmner: Are media stuck in a grand narrative of negativity? We need to figure out what is really important to us. @shakasisulu #mmx15 Sat, 13 June 2015 08:41 AM

@Moizperception like what? MQM is adequately armed, has an organisation discipline of an army; so unless LEAs aid: social media it is... Sat, 13 June 2015 08:36 AM