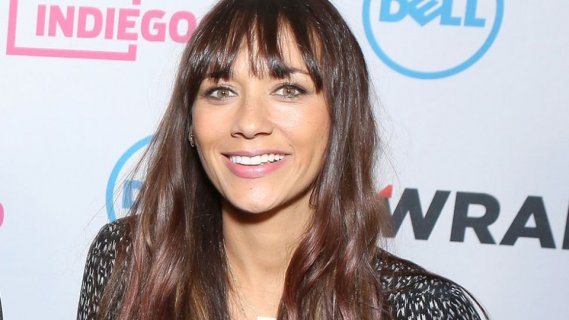 Let me say this loud and clear: the sex fiends are a small minority. Most Asian or Muslim men are not hunting and hurting young white girls... That said, we Asians must dig deep and recognise that there is something rotten in our cultures, deeper reasons why these men do what they do.

I was once being shown around a museum in North Korea when another member of my party- a Finn who claimed to be a priest in the Church of the Flying Spaghetti Monsters (look it up) took off his shoe and started banging a large gong that was by the door. We barely escaped with our lives and were chased by an angry and murderous mob for a good mile out of town.

"Never trust a man with a beard" goes the ridiculous and unfair stereotype. Still, it is one Jeremy Corbyn MP will be familiar with, so you might think he would have more sense than to resort to desperate attempts to pigeonhole people himself. Apparently not. In an interview with Newsnight earlier this week, he suggested the 3.8million who voted Ukip at the General Election were "motivated by racism". It was as accurate an observation as his beard is duplicitous.

It's high time sportsmen take sports back from the clutch of statesmen. This is how the FIFA scandal should have been seen: not as a parable for capitalism, but as a lesson of what happens when sports become shorthand for politics.

Having just seen Virgins Sex Pistols inspired credit cards and then dragging my eyes through and article about pop 'rivals' Katy Perry and Taylor Swift writing vaguely pissy songs at each other, Kate Moss has saved my laptop from being coated with vomit. Thank you Kate for being a bit naughty, a bit rock 'n' roll.

I don't often get the chance to say this, so I'll seize the opportunity when it presents itself: I am proud to call myself a journalist. Why this week of all weeks? Because if it hadn't been for journalists - and one journalist in particular, of whom more later - the vast, stinking edifice that is Fifa would still be intact...

In November, Sierra Leone was reporting 550 new cases of ebola every week. Today the number has slowed to seven new cases a week. Just a few weeks ago, the schools reopened. But there is still a long road ahead for Sierra Leone, and the brave women of West Africa who have already endured so much. I hope that next spring these tragic times will all be in the past, and Sierra Leone's future will once again look bright.

For someone dedicated to campaigning journalism, the week I spent writing #GiveMeShelter was one to remember. For much of the time, my fingers bounced furiously off the keyboard telling a story that I hoped would make a difference. Every second I wrote in the safety of my office, I knew that women and children were being abused, killed even - all terrified, all looking for a way out. The Sun's #GiveMeShelter campaign has hopefully gone some way to offering them a lifeline.

HuffPost Good News - 06 - Should Media Use Power of Influence?

@PoliticsPrince @terrimore1 I don't read anything from the liberal media like the Huff Post a.k.a media matters Sun, 7 June 2015 10:56 PM